The New Orleans hotel acquisition market is evidently heating up as two major sales were recorded in parish conveyance records within five days. 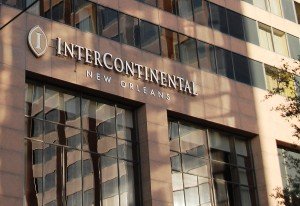 Prices for the completed sales were not disclosed, and Pan-American Life Insurance Group CEO Jose Suquet, whose firm sold the InterContinental to Southwest Value Partners, said the price was “substantially in excess” of $30 million noted in conveyance records.

The $20 million transaction listed for the Renaissance Arts Hotel could not be verified.

Summit’s announcement included an approximate purchase price of $135 million and plans for $5 million in improvements.

The InterContinental sale ends Pan-American’s stint as a major property owner in New Orleans. In 2006, the company sold its headquarters building at 601 Poydras St. for $54.5 million to Equastone of Los Angeles, according to Orleans Parish Assessor’s records. The 28-story building, which abuts the hotel, changed hands again in 2010 when Stirling Properties of Covington acquired it for $61 million.

Suquet said the divestitures are part of a strategy to focus on the company’s core insurance businesses, and the timing was advantageous in both cases. The high-rise sold at the tail end of last decade’s real estate boom, and New Orleans right now is “one of the hottest hotel markets in the United States,” Suquet said.

“I don’t know if we are lucky or good or a combination of both,” he said.

The hotel had been on the market about four months, Suquet said.

A Southwest Value Partners executive referred to questions about the group’s interest in New Orleans and property renovations to Dimension Development CEO Sam Friedman, whose company will serve as the InterContinental’s new operator. Friedman was unavailable for comment.

Southwest claims to take a “highly disciplined approach to real estate asset acquisition, leverage, value creation, and the patient, yet timely, disposition of assets,” according to its website.

Jeffrey Davis, a managing director at Jones Lang LaSalle, which helped arrange the InterContinental sale, said New Orleans has been one of the top three performing hotel markets in the United States over the past year when it comes to revenue per available room, a standard hotel industry metric.

“It fits into our niche,” Boyum said. “We focus on the top 50 metropolitan statistical areas and the top four hotel brands, which includes Marriott. It all really comes down to math. If we can buy it at a price that makes sense, we’ll pursue the deal.”

A group that California-based investor Jon Kline represents acquired the Renaissance Arts Hotel at 700 Tchoupitoulas St. from a subsidiary of the Kimberly-Clark Corp., which owns global personal-care brands such as Kleenex, Huggies and Scott.

Kline has a long history in the hotel business, currently as president of Clearview Hotel Capital, a privately held company that he founded. Clearview owns or is a partner in seven hotels throughout the United States, including the Royal St. Charles in New Orleans, which last year underwent a $2 million renovation, according to Clearview’s website.

In 2008, Clearview partnered in the acquisition of the J.W. Marriott on Canal Street and completed a $3 million renovation two years later. Clearview then sold that property to a group that Kline represents, according to Orleans Parish and Louisiana Secretary of State records.

It’s unclear what, if any, role Clearview will play in the future of the Renaissance New Orleans Arts Hotel. Kline did not return a call, nor did a hotel representative. A call to Housing Horizons LLC, the Kimberly-Clark subsidiary, was not returned. â€¢