Super Bowl committee off and running

...but what’s so much more now is that positive media coverage...

By Nakia Hogan, The Times Picauyne

The New Orleans Saints might not have been able to play their way into Super Bowl XLVI at Lucas Oil Stadium on Sunday, but a team of 60 or so locals still will be in Indianapolis this week.

In an effort to promote Super Bowl XLVII, which will be played Feb. 3, 2013 at the Mercedes-Benz Superdome, and to get a final look at the inner runnings of hosting the NFL’s championship game and the events surrounding it, the New Orleans Super Bowl Host Committee will set up shop today in Indianapolis. 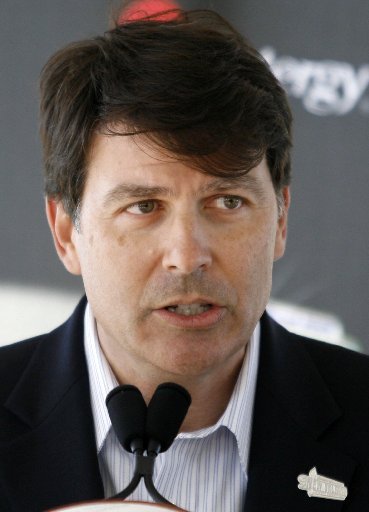 David Grunfeld / The Times-Picayune
"We are not taking it for granted," said Jay Cicero, executive director of the Super Bowl XLVII host committee. We wanted to make sure that New Orleans and the state of Louisiana are taking advantage of everything the Super Bowl can bring.

Jay Cicero, the CEO of the Greater New Orleans Sports Foundation and the executive director of the Super Bowl XLVII host committee, said this week will be a critical learning experience as New Orleans prepares to host its 10th Super Bowl.

“We are going to go there and either confirm the plans that we have in place, make adjustments to the plans we have based upon the reality of the event, or create a whole new plan based upon an event that may be happening,” Cicero said. “We learned from other cities’ successes, and we learn a lot more from their failures. Every city has its successes and failures as far as this event is concerned.”

The initial wave of host committee members arrived in Indianapolis on Sunday and began setting up a station at the Super Bowl XLVI media center, where they will start promoting next year’s game and the city.

“Our PR effort this time around is 100 times bigger than it was the last time (2002),” Cicero said. “The last time (New Orleans hosted a Super Bowl) we said this is New Orleans and it’s going to be wonderful, and it was and we got a ton of positive attention off of it. But now we have all these new messages that people don’t realize about New Orleans. It’s hard for New Orleanians to realize it.”

Meanwhile, Cicero and other host committee executives will be meeting with potential sponsors and monitoring Indianapolis’ event operation staff.

Also among the New Orleans contingent will be celebrity chef John Besh, who’ll be cooking up some of his favorite recipes to showcase what visitors can expect when they arrive in the Crescent City. And the host committee will make sure there is plenty of King Cake on hand for those looking for even more New Orleans flavor.

The host committee members said they aren’t leaving anything to chance.

“If you start from what we did with the bid, it’s much bigger, much more important than ever before,” Cicero said. “The event means that much more to us than it ever did. We are not really taking for granted that we have hosted it nine times before. This will be the third that the Sports Foundation has served as the host committee staff. We are not taking it for granted. We wanted to make sure that New Orleans and the state of Louisiana are taking advantage of everything the Super Bowl can bring.”

The Super Bowl is expected to bring with it more than $500 million of economic impact, but Cicero said the game means much more to the city and state than simply the revenue it brings.

“It was always before about economic impact and the number of people coming,” he said. “It is still about that, but what’s so much more now is that positive media coverage. We’ve all realized the value of that, having had such negative media coverage.

“The positive media coverage from the Saints coming back to New Orleans and the re-opening of the Superdome and that historic day in September of 2006, the Saints winning the Super Bowl and the parade after that, the Hornets coming back to New Orleans and the All-Star Game, the BCS championship and all the positive media publicity is as much or more valuable to us than the economic impact.”