A record 1.2 million people traveled through the New Orleans airport in March 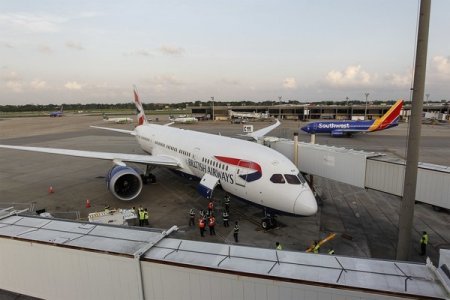 A record 1.2 million passengers traveled through the New Orleans airport in March, marking the busiest month in the airport's history. Airport officials say the bulk of the growth was driven by a single carrier - Spirit Airlines.

Total passenger traffic at Louis Armstrong New Orleans International Airport was up 13.1 percent compared with March last year, according to a news release. The previous monthly travel record was set in May 2017. The March 2018 total beat that by nearly 100,000 people.

This follows a record year for the airport in 2017, when more than 12 million people flew in and out of New Orleans. Year-to-date, airport traffic is up 14 percent, Director of Aviation Kevin Dolliole said, adding the March numbers are just the latest high point in three years of "exponential growth."

Spirit Airlines has grown the fastest, more than doubling the number of flights to and from the city since March 2017. Spirit flights added include connections to Boston, Baltimore, Cleveland, Columbus, Minneapolis, Newark, Orlando and Tampa.

Not all airlines are adding flights. Low-cost carriers Allegiant Airlines and Frontier Airlines have both cut routes in recent months citing low demand, including connections to New York and Florida. To be sure, it isn't uncommon for low-cost carriers to move quickly on discontinuing certain flights, particularly on routes where major airlines see competition and adjust fares in response.

Dolliole said the overall growth is apparent and "can no doubt be attributed to the economic vitality of the greater New Orleans region." He said his staff continues to lobby for new destinations and increased flights.

The record traffic comes as construction crews are more than halfway finished with the new $993.7 million airport terminal. Nearly all airport traffic will shift to the new 35-gate terminal once it opens. The opening date is currently set for February 2019.