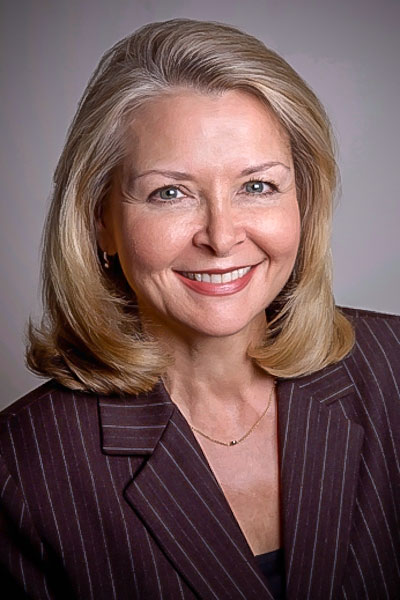 Mavis Early is most assuredly the head cheerleader for the Greater New Orleans Hotel and Lodging Association (GNOHLA), a membership-based, not-for-profit, private association representing the hotel and lodging industry. She’s beyond ebullient in her praise of all things New Orleans and she truly cannot say enough positive things about her job, her city and its hospitality industry.

Her official title is GNOHLA’s executive director and she’s also the executive director of the organization’s Hospitality Education Foundation, a nonprofit that creates awareness of hospitality career paths, provides educational and financial support to New Orleans’ citizens interested in the industry, and sponsors continuing education programs for its members.

For 20 years before her current position, Early practiced law. She was the city’s attorney during Marc Morial’s administration.

“I liked being a part of making a difference in the city and in people’s lives,” she says. “When I left as city attorney, I knew I didn’t want to go back to just being a lawyer, so I sat on my porch with a glass of wine and a yellow legal pad and looked at my options and weighed the pros and cons of various positions available to me, and this was the position I wanted.”

She had some hotel experience, as she was one of 13 people who developed the first high rise in the warehouse district, the Sugar House Hotel, during the 1984 World’s Fair.

Early loves that she gets to do so many different things at her job, such as organizing a charitable golf tournament, negotiating contracts for events like Essence Festival, developing industry related curriculum for Delgado and UNO, advocating for workforce development and helping people join the city’s hospitality industry.

“Our goal is to get unemployed people employed and helping them achieve their goals,” she says. “I love the educational part of my job because we are effectively changing people’s lives and giving them so many opportunities. I also get to work with interesting people, great organizations and a diverse group of board members.”

It’s clear she is also proud of the organization’s many charitable efforts such as "Feed the Need, "where GNOHLA, along with the New Orleans Restaurant Association, serve at the New Orleans Mission and at St. Jude’s Community Center. Every Tuesday both locations are manned with volunteers who bring and serve food.

“We’ve also helped qualify members of the hospitality industry for Habit for Humanity homes,” she says. “Because of these efforts, 45 hospitality workers now own their own homes.”

The association also publicly and financially supports efforts of the NOPD and the New Orleans Police and Justice Foundation to continue the reduction of crime in our community.

“Hospitality is one of the largest economic engines in New Orleans,” says Early. “And I just love it and the people in it. The hospitality industry is made up of such happy people. We love our city and we just want others to love our city too.”

Early praises New Orleans’ authenticity and feels the city’s history and culture afford visitors so many rich and diverse opportunities.

“It all comes from the hearts and the mouths of its people who live here,” she says. “We are a spiritual city and a creative city. You know you either get New Orleans or you don’t. We want to make every effort to make sure our visitors get it.”