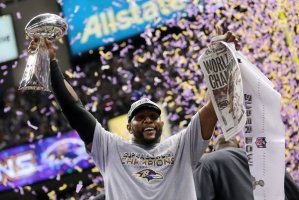 It will be the first time the city will host the game since 2013 when Baltimore defeated San Francisco in Super Bowl 47 on Feb. 3, 2013 in the Mercedes-Benz Superdome. It's also the 11th time New Orleans will host the Super Bowl, tying with Miami for the most games hosted by one city. This will be the eighth Super Bowl played in the Dome, while the other three games occurred at Tulane Stadium.

The 2024 Super Bowl will take place Feb. 4, falling right in the middle of Mardi Gras season much like the 2013 Super Bowl. The major two weeks of carnival season will split with Fat Tuesday falling on Feb. 13, 2024.

Others representing New Orleans in the room with the NFL owners were Ben Hales and Greg Bensel of the Saints, New Orleans and Company president Stephen Perry and Greater New Orleans Sports Foundation board member Philip Sherman. The GNOSF played a major role in the manicuring the winning proposal led by Jay Cicero and Sam Joffray.